Contrary to Defendants’ claim, the nature of the disease and vaccines involved in Jacobson (and thus the legitimate government interest furthered by the legislation) present sharp factual distinctions from the current case. Unlike COVID-19, which presents an infection fatality rate range of ostensibly 0.0-1.63 percent, the smallpox pandemic killed tens of millions with an infection fatality rate of 30 percent, exceeding the death toll of World War I and II combined, and leaving even its survivors permanently scarred, blind or disabled. Likewise, the Jacobson pandemic involved higher transmissibility “attack rates” (i.e. the rate of contraction among the at-risk populations), and unlike the vaccines for COVID-19 (which are designed to mitigate symptomatic infection in the person vaccinated), the available vaccine in Jacobson was, in fact, a sterilizing vaccine that affirmatively killed the virus and prevented transmission within the community at large. Factually, this case isn’t Jacobson.

“court examined the record evidence on the issue presented and finds that Plaintiffs…made a preliminary showing that that natural immunity equals the material benefits of vaccine-induced protection alone.”

Posted by David Foley No comments:

The tireless efforts of the good people at Feds for Medical Freedom have paid off with a huge win today in securing an injunction. As we know, these fights are never over until they are over, and we can expect more ups and downs, but this was a big day.

This could be a huge year for the Pro-Life movement. I cannot make it, but my prayers will be with those marching on January 21.
A massive rally is being held two days later in protest of the injection mandates. Feds for Medical Freedom will be there and some of the strongest voices in the freedom movement will be there, including RFK Jr., Dr. Malone, and Dr. McCullough. Again, I wish I could be there, but my prayers will be with the rally attendees.
The Joe that Americans voted for promised not to impose mandates. We seem to ended up with a different Joe. We can't be silent about it. I encourage anyone who can go to go, and those who cannot go to support them. 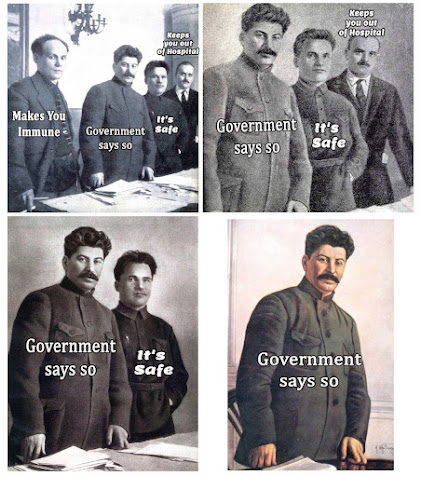 In previous posts, I asked if anyone was even trying to keep track of vaccine deaths and I noted the rise in "sudden deaths" that seems to have marked 2021. To be clear, I don't know why there has been a rise in sudden deaths.
Covid-19 has disrupted many aspects of American life. Between lockdowns, telework, life under a mask, and life under fear, Americans are more unhealthy than ever. Americans are exercising less and socializing (in real life) less at the same time that they are drinking more, using more drugs, murdering each other more, and dying in car accidents more. Perhaps all of these factors have something to do with the rise in sudden deaths.
If it hadn't been for Covid-19 and Covid-19 "vaccines" my chief culprits for the rise in sudden death would probably have been energy drinks (it seems like at some point in recent years we saw an odd anything-goes approach to their regulation and a dramatic rise in their consumption), vaping (could be fine, but it is fairly new), or illegal drugs.
But, when the majority of the entire population has been injected with a new technology, that technology should be considered suspect #1 for evaluating any medical trends that follow.
To rule out suspect #1, I looked at data from the Medical Examiner's office and identified thirteen decedents (out of about 1300) whose deaths seemed most likely to have been the result of the "vaccinations" (based on listed cause of death, age and date of death). I asked the Medical Examiner's office for records of their "vaccinations". The Medical Examiner's office explained that it did not have such records and so I requested their autopsy reports.
So far I have received nine autopsy reports. Only one includes vaccine status. That case involved a 30-year old man whose medical history included asthma. According to the Medical Examiner, he was "vaccinated" but the Medical Examiner has no information as to when he was vaccinated or by what product. Prior to his death, he experienced extreme coughing, vomiting, and diarrhea. He tested negative for Covid-19. He had no history of drug or alcohol problems. He died in late August, 2021. The cause of death is listed as "Sudden Death with a history of asthma."
I would feel a lot more comfortable with what is happening if someone could tell me the "vaccine" that he took, its batch number, and the date(s) that he took it. I would feel even more comfortable if they had already looked into this issue before I asked about it.
I have similar concerns about the others whose autopsy reports I reviewed, I just don't know whether they received a "vaccine" (although the odds are that at least 5 of them had).
The best way to assure those of us who are "vaccine hesitant" would be to provide us with all of the data so that we could reassure ourselves.
Posted by David Foley No comments: 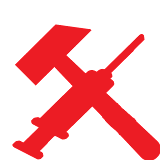